Continuing our search for filming locations for the 1966 film “Navajo Joe”. After Joe kills two of Duncan’s henchmen sent out to bring back his scalp. He ties them to a horse and sends them back to Duncan. Vee sees Joe on the hill top and then he turns and rides away. Duncan and his gang ride on to the town of Esperanza to cash in the scalps they have taken for a dollar each. 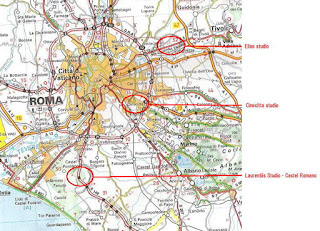 The town set used for Esperanza is a combination of the western town set in Di Laurentis Studios south of Rome, Italy, a set in Granada, Spain and Mini Hollywood (Oasys) in Almeria, Spain. All of the interiors were filmed in Rome while the exteriors were shot at both western sets. The shot below is the Di Laurentis western set in Rome.