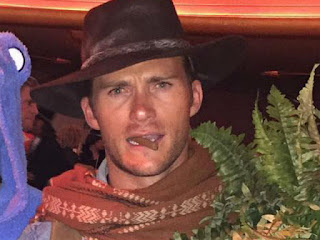 The event raised USD 1.6 million for Alzheimer's research and has raised over USD 6.5 million since Rogen and his wife created Hilarity for Charity in 2012, according to a statement from the fundraiser.
Posted by Tom B. at 7:36 AM