Who Are Those Guys> - Mauro Bosco 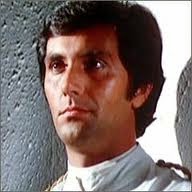 Giuseppe ‘Mauro’ Bosco was born in Turin, Piedmont, Italy on May 12, 1938. A film, TV and voice actor, he’s been active in the film industry since his first appearance as a Cardinal’s
valet in the 1964 Italian TV film “Biblioteca di Studio Uno: I tre moschettieri”. He’s gone on to make appearances in 24 films TV series. Active also as a voice actor. Bosco is known for his acting in such films as “Splendor” (1989), “5 Dolls for an August Moon” (1970) and “Eclisse totale”. Also active as a voice actor, Mauro has been the Italian voice for such actors as Adam West, William Forsythe, Ron Silver, Roy Thinnes and Jimmy Smits. He’s also done many cartoon voices. Still active today his last appearance was in the video “L'ultimo amante” in 2012.