Who Are Those Guys? - Martial Boschero 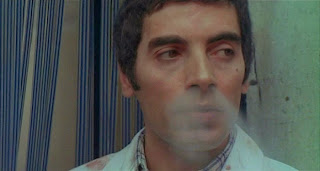 Martial Alexandre Boschero was born in Paris, Île-de-France, France on March 21, 1939. The brother of actress Dominique Boschero [1934- ], their parents were Italian. When World War II broke out Dominique was entrusted to their grandparents in who lived in Frassino, a small Italian mountain village with a few hundred of inhabitants. Martial’s parents then fled to Paris where he was born and raised.

Boschero had a limited career as a producer with four films to his credit and as an actor another four credits. He’s remembered for “Man, Woman and Beast” (1977), “The Cat o' Nine Tails” (1971) and his only Euro-western “Django Kills Softly” (1967) where he acts in a small role.