Who Are Those Guys? - Giulio Bosetti 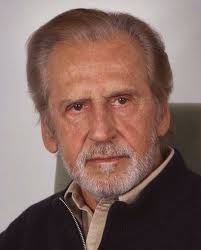 Giulio Maria Gastone Stefano Bosetti was born in Bergamo, Lombardy, Italy on December 26, 1930. Since 1950 Bosetti worked in different capacities in the Italian theater, with supporting role interpretations of classics like Ionesco , Dostoyevsky and Diego Fabbri. He was also dedicated to acting in television and film.

In the 1970s he founded the cooperative Theatre Mobile, which he directed until his death, and with whom he has staged, among other things, almost all the repertoire of Pirandello. In 1972, he narrated the television special “La vita di Leonardo Da Vinci”. The biography succeeded in winning a Golden Globe for Best TV Special, and Bosetti was nominated for an Emmy for Outstanding Continued performance by an Actor in a Leading Role.

Among his most famous films are included: “Nag la bombe” (1999), a French production directed by Jean-Louis Milesi, “Il Divo” (2008), directed by Paolo Sorrentino.

In 2003 he starred in “The School for Wives”, a comedy written by French playwright Moliere and in 2006 appeared in "Right You Are (If You Think)" by Luigi Pirandello a drama which he also directed.

He died December 24, 2009 in Milan, Lombardy, Italy from cancer, two days short of his 79th birthday.