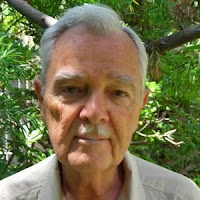 William Bast, who wrote extensively for both film and TV and was also known for his two biographies of James Dean, died of complications from Alzheimer’s on May 4. He was 84. Born on April 3, 1931in  Wauwatosa, Wisconsin, Bast wrote scripts for episodes of series including “Combat!,” “Perry Mason,” “Ben Casey,” “The Outer Limits,” “Alfred Hitchcock Presents,” “Honey West,” “Dr. Kildare,” “The Mod Squad” and “It Takes a Thief.” Bast’s film credits include the script for 1969’s Euro-western “The Valley of Gwangi,” “Hammerhead” and the 1978 adaptation of Harold Robbins’ “The Betsy,” which starred Laurence Olivier and Robert Duvall.
Posted by Tom B. at 7:44 PM