Eye of the Wolf (TV) 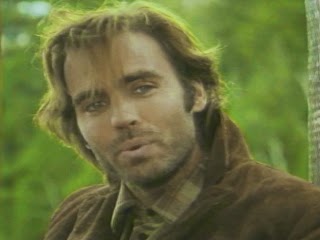 Paul Weyman is a government zooligist who is studying the wolves in the  mountains of the Canadian north. During his work he stumbles across a dead Canadian Mountie and a courageous wolf who stands guard over it. Weyman brings the wolf to the nearest camp where a young woman named Jo, takes him in naming him Kazan. Later in the story on a trip with her husband, they happen to cross paths with a thief named McCready who is the murderer of the Mountie, who unsuccessfully tries to rob them. Jo and the wolf later meet up with zooligist, Paul, who studies Kazan and his life cycle.

‘Eye of the Wolf’ was an episode of the Canadian, French co-produced 1994 five part mini-series ‘Tales of the Wild’. The other episodes were called ‘Legends of the North’ ‘Kazan’, ‘Bari’ and ‘Blood of the Hunter’.