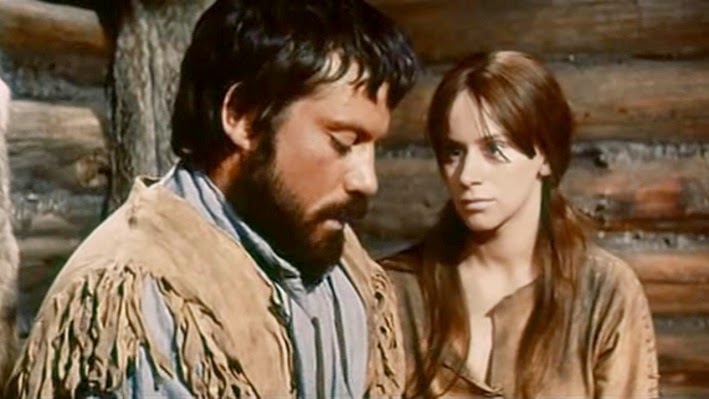 A roughhewn fur trapper Jean La Bête, of the 1890s lives a lonely life in the Canadian wilderness. Feeling the need for female companionship he goes to the nearby settlement. He has missed the annual 'wife auction' due to inclement weather, and must settle for what's left: a timorous mute girl named Eve. The two live a tumultuous life together. One day while checking his traps Jean is threatened by a mountain lion. He manages to shoots the lion but gets caught in his own bear trap and badly injures his leg. He makes it back to the cabin after he is saved by Eve when he is attacked by wolves. Jean sends Eve to the Indian camp to bring back the medicine man but she finds the Indian village deserted. Returning to the cabin she finds Jean suffering from blood poisoning. He orders her to cut off his leg. Though she lives in mortal terror of her now husband, Eve nurses Jean through the near fatal illness. Eventually they seem to come closer, the hobbled trapper no longer appears that gruesome to Eve. But her childhood trauma is still keeping her from starting a closer relationship and consequently, she flees with a canoe back to the settlement. Here, although being welcome, she remains an outsider. Even the impending marriage to a sympathetic young man cannot overcome her inner barriers. On the day of marriage, she runs away again in order to finally return to Jean La Bête.