We continue our search for film locations for “Texas Addio” (aka “The Avenger”). After leaving the posada they are approached by an Indian who tells Jim that his boss McLeod may be able to help them find Cisco Delgado. The two brothers follow the man to a house at the end of the street. At the house McLeod greets them and asks their business with Delgado. They refuse to tell him. McLeod tells them he can help them only if he knows why they want to find him. Again Burt refuses to tell him and walks out. After leaving McLeod’s the run into the Alcalde who tells them their horses have been stolen. He throws them their saddle bags and tells them to return to Texas. He then tells a local lawyer to recite the law about the Alcalde’s authority to block any undesirables from entering the territory. Burt takes the hint and he and Jim start walking out of town towards the Texas border as the Alcalde and three soldiers ride out of town in the other direction. The lawyer stops the brothers and tells them he must talk to them. He tells Burt he’s sorry about what happened and asks their help in overthrowing the Alcalde but Burt refuses and leaves. 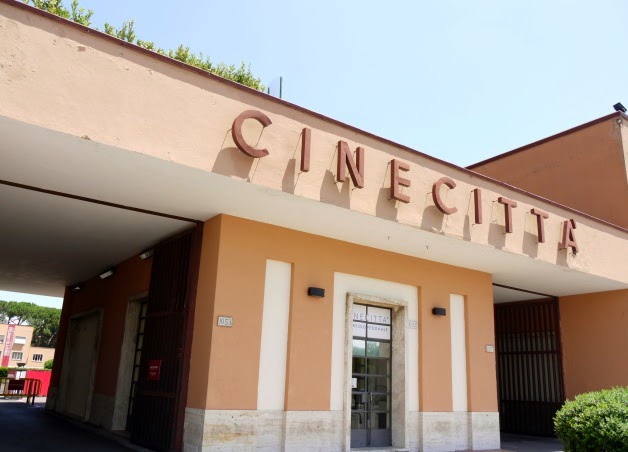 The village was located at Cinecitta Studios in Rome. 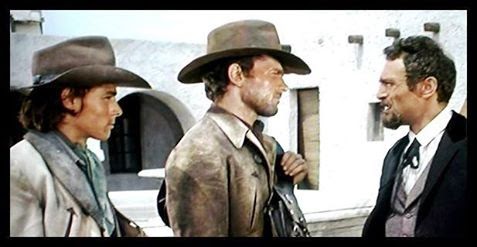 For a more detailed view of this site and other Spaghetti Western locations please visit my friend Yoshi Yasuda’s location site: http://y-yasuda.net/film-location.htm
Posted by Tom B. at 5:54 AM