The Trail to the Silver Sea 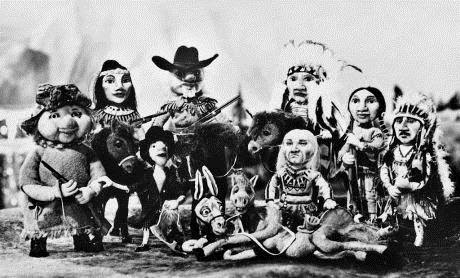 An animated film based on Karl May’s The Treasure of Silver Lake Buffalo Bill was adapted to play the original role of Old Shatterhand.

On the Mississippi the western man Old Shatterhand encounters the evil bandits Colonel Brinkley, who is easily recognized by his red hair which he hides under a black wig. Two Westerners Hobble-Frank and Aunt Droll accompany Old Shatterhand in pursuit of the legacy of Chief Big Bear and his tribe. This legacy is about a legendary treasure in Silver Lake, which, however, also Colonel Brinkley learns of and tries to snatch the treasure map from the Western men. While trying to do so the famous Chief Winnetou comes to the rescue.