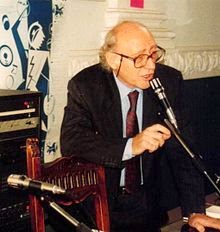 Mario Costa was born on May 30, 1904 in Rome, Lazio, Italy. Mario is the brother of director, screenwriter Piero Costa [1913-1975] Still a young man he was introduced to the world of cinema, where he worked first as an editor, scriptwriter, dubbing director, writer and organizer of production in some films made between 1936 and 1938. He enrolled at the Istituto Luce, a short time after his debut as a director of short films, revealing excellent communication skills, he made the documentaries “Fontane di Roma” (1938) and “I pini di Roma” (1939) both with music by Ottorino Respighi, which won prestigious awards. In 1943 he directed his first feature film, “La sua strada”, with wide acclaim from critics and audiences. Immediately after World War II he distinguished himself in a genre of great success, the transposition of operas. In more recent years he devoted himself to historical and mythological genre and adventures; among other things, he was a director of one of the earliest spaghetti westerns, “Buffalo Bill, Hero of the Far West”, 1964 and signed with a pseudonym that says it all, John W. Fordson. He al;so directed and wrote the screenplay for “The Beast” (1970) starring Klaus Kinski. Mario is the father of director Massimo Costa [1951-2004]. Costa died in Rome, Italy on October 22, 1995.

Today we remember Mario Costa on what would have been his 110th birthday.