News out of Rome on Morricone's condition 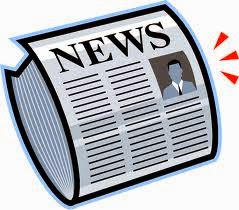 Here’s the first news out of Rome on composer Ennio Morricone’s condition.

Ennio Morricone’s medical condition, stops his participation at concerts but will continue working for the cinema .

A stop has been put in to all concerts and tours for Ennio Morricone. The maestro explains to his lawyer George Assumma, "I have been suffering for some months from a boring herniated disc that precludes me from the job of conductor and the long trips it entails." Morricone, ensures the legal firm, the he will continue his commitment to compose soundtracks for film.

On "mandatory orders of his doctors," explains lawyer Giorgio Assumma, Morricone has had to refuse the many job offers made ​​by Italian and foreign businessmen. The maestro, however, ensures the legal firm, however, he will continue his commitment in the composition of film scores, "hoping that a restoration of his health, which, however, is not expected in the short term, will enable his future participation in three concerts, to be held in the city of Rome."
Posted by Tom B. at 11:52 AM