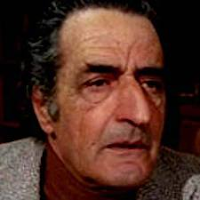 Guglielmo ‘Memmo’ Carotenuto was born on July, 24, 1908 in Rome, Lazio, Italy. He was the brother of Mario Carotenuto and became a well-known actor making his debut in the theater as a child in the Roman dialect company which was part of his father Nello Carotenuto. Memmo entered films in technical roles, playing first in small parts, starting in 1935 with ‘Vecchia guardaa” directed by Alessandro Blasetti.  He continued to work even during World War II.

His first major role came with the interpretation of the roommate's hospital protagonist in “Umberto D.” (1952), in which Vittorio De Sica gives him a chance to showcase his dramatic talent that gets only better in the coming years. In 1956, his portrayal of Quirino alongside actor Marcello Mastroianni in “The Bigamist by Luciano Emmer, earned him the Silver Ribbon award.

With a distinctive voice and big hearted charisma of the typical Roman plebeian but sincere ways, from the 1950s he appears in over one hundred films often with the masters of Italian comedy such as Totò, Alberto Sordi, Peppino De Filippo, the aforementioned Vittorio De Sica and Gina Lollobrigida.

In the seventies, his film appearances are less frequent and are becoming less engaged, participating in the cast of films with Franco Franchi and Ciccio Ingrassia or with Enrico Montesano.

Carotenuto appeared in one Euro-western: “The Crazy Bunch” (1974) as Letto. Memmo died in

Today we remember Memmo Carotenuto on what would have been his 105th birthday.