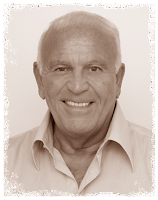 Enzo Castellari was born in Rome as Enzo Girolami on July 29, 1938. He is the son of director Marino Girolami [1914-1994] and the brother of actor Enio Girolami [1935-2013]. Castellari was a pioneer in the early Italian crime film genre, with “High Crime” (“La polizia incrimina la legge assolve”, 1973) and “Big Racket” (“Il grande racket”, 1976). In the 1980s, his career suffered somewhat from the drop of quality in Italian genre films, and he found himself churning out financially successful B-movies like “The New Barbarians” (“I nuovi barbari”, 1982) and “1990: The Bronx Warriors” (“1990: I guerrieri del Bronx”, 1982). His film “Great White” (“L'ultimo squalo”, 1981) was pulled from theaters following a successful lawsuit from Universal Pictures, who accused the filmmakers of plagiarizing Steven Spielberg's “Jaws” (1975). As Italian cinema declined, Castellari found work in television and as an action scene consultant.

Enzo is mainly known for his westerns, war and crime films, and has been called the "European Sam Peckinpah" and the "Action Master". He also directed two very successful war films: “The Inglorious Bastards” (“Quel maledetto treno blindato”, 1978) and “Eagles Over London” (“La battaglia d'Inghilterra”, 1969), and made another shark film called “The Shark Hunter” (“Il cacciatore di squali”, 1979).

Castellari had a cameoe as a German mortar squad commander in his film “The Inglorious Bastards”; and Quentin Tarantino cast Castellari in a cameo role of a German general in his film “Inglourious Basterds” (2009) which was inspired by Castellari's 1978 film.

Today we celebrate one of the greats of the Euro-western Enzo Castellari on his 75th birthday.