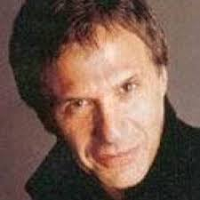 Tonino Accolla died July 14th in Rome, after a long illness. He was not only a great Italian voice actor, but also dialogue writer and director of dubbing countless films as well as a theater director. Tonino was the legendary voice (and laugh) of actor Eddie Murphy, Mickey Rourke, Kenneth Branagh and Homer Simpson and as Papa Smurf and many other famous stars and animated characters. Accolla also directed the voiceovers of some of the the biggest blockbusters Use (from 'The Silence of the innocent 'to' Titanic ', from' the Son of the Pink Panther 'to' Brave Heart ', just to name a few). Accolla, who was born in Syracuse on April 9, 1949, was 64 years old and had been ill for some time.