Who Are Those Guys? Gaetano Ferri 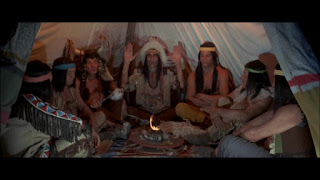 Gaetano Ferri began his career as a boxer, he then joined the French Foreign Legion and later became a trainer for Italian celebrities and politicians. He appeared in only one European western “Beyond the Frontiers of Hate” in 1972 playing the role of Nuvola Nera (Black Cloud) using the pseudonym George Cavendish. Ferri is pictured center in the photo above.

CAVENDISH, George (Gaetano Ferri) - boxer, film actor.
Beyond the Frontiers of Hate – 1972 (Nuvola Nera/Black Cloud)
Posted by Tom B. at 6:07 AM