Who Are Those Composers? ~ Nico Fidenco 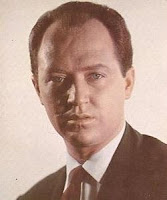 Domenico Colarossi was born in Rome, Italy on January 24, 1933 in Rome. He is an Italian composer and singer who gained considerable popularity from 1960 onwards, after the release of the song “What a Sky” (Italian: Su nel cielo, taken from the film of Francesco Maselli Silver Spoon Set). We know him as Nico Fidenco.

From 1984 to 1994 he reconfirmed with his colleagues Riccardo Del Turco, Jimmy Fontana and Gianni Meccia giving life to I Super 4, quartet specializing in reproducing successes mainly from their repertoires of the sixties and publishing in 1985 again for the RCA a discreet album which was a commercial success.