At Niche Cinema, we maintain close relationships with many home cinema labels. That Explosive Media stands out especially, not only because of the exquisite selection of titles: but beyond business, also connects us to a very warm friendship with boss and founder Ulrich P. Bruckner, as we are film fans and connoisseurs through and through. We were able to persuade Ulrich to give us some answers about his label (see official website) and other questions in an interview. Have fun while reading.

Sebastian (niche cinema / NK): Thanks for the time, dear Uli. The summer is coming, and with it a lot of new releases. Before I let you answer some questions, you can say something about the history of Explosive Media. How did the label come about? What was it before? What is different about it? 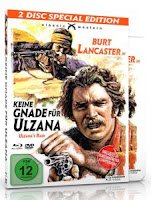 Uli (Explosive Media / EM):
Sony Pictures Home Entertainment, where I served as Head of Acquisitions since 2009, decided in 2011 to close down all international purchasing departments and coordinate everything from Los Angeles. For this reason, at the end of 2011, I was faced with the choice of accepting a new job elsewhere or creating something in my own right. That's why I decided in early 2012 to put my own experiences into my own company and concentrate on film classics as I did in the creation of the film department of Koch Media in 2003.

Sebastian (NK): How did you get on this path yourself?

Uli (EM): As a kid, I was a big movie fan and from the beginning I tried to get into this business. After studying economics in Innsbruck and New Orleans, I worked in various areas of the film industry, including in 1993 and 1994 as a Marketing Manager at Warner Bros. theatrical distribution in Munich. In the second half of the 1990s, I worked in Los Angeles with various independent film companies. In 2003, I started the film department at Koch Media, where I worked until my move to Sony Pictures Home Entertainment in 2009.

Sebastian (NK): By the way, there's another interview with you from that time, but at that time we did not know each other personally. Is there a specific corporate philosophy behind Explosive Media? The title selection reveals a certain affinity to the niche cinema (which we are pleased)

Uli (EM): Yes, I've always been a big fan of movie classics, so I decided to stay true to those aging films and make them accessible to a broader fan base in the best possible quality.

Sebastian (NK): How would you explain to a layman the film licensing business, as it operates with your label?

Uli (EM): The movie licensing business is actually pretty easy to explain. You create lists of films that are not yet available on DVD or Blu-Ray and which ones you could well imagine on this format in terms of marketability. Then you start looking for the licensors. In our case, it's pretty straightforward, as most of these films are owned by one of the big Hollywood majors. Then you make an offer and wait for a list of titles that are available for the corresponding price. Then you negotiate a contract together, and after signing follows the deposit of the so-called minimum guarantee (virtually a hedge for the right holder). For deliverable material, for example, the master himself and possible bonus material, also follows an invoice. Sometimes, however, the material also comes from another source (but rarely at the majors). Then the whole thing goes into production: first to the authoring studio and to the graphic artist. As soon as a check disc is checked, the whole thing goes to the press shop and from there to the warehouse of the sales department.

Uli (EM): A few highlights were certainly the Lee Van Cleef Western DER GEHETZTE DER SIERRA MADRE, VON MANN ZU MANN and the SABATA films from the spaghetti western area. Other genres included DOUBLE TEAM with Jean-Claude Van Damme, the Ray Harryhausen films THE MYSTERIOUS ISLAND and SINDBAD AND THE EYE OF THE TIGER, the war movie DIE VERDAMMTEN DES KRIEGES, the cool John Frankenheimer thriller WENN ER IN DIE HÖLLE WILL, LASS IHN GEHEN, the Lee Marvin movies MONTE WALSH and PRIME CUT, the Burt Lancaster Western VALDEZ and ULZANA’S RAID just to name a few. Absolutely disappointing ws the BECKER series, which I like even better than KING OF QUEENS which still proved to be a flop, as well as the Western series DIE KÜSTE DER GANOVEN with William Shatner (Starship Enterprise) and Doug McClure (The Men from Shiloh), which also met with little interest.

Sebastian (NK): In general is it difficult to sell TV series?

Uli (EM): The series MISSION: IMPOSSIBLE as well as the series STINGRAY - both from the 1980s - both sold quite well, unfortunately, RAWHIDE did not do much, despite superstar Clint Eastwood. Nowadays it is better to avoid TV series on DVD or BD because of the high competition from Amazon Prime and Netflix.

Sebastian (NK): I'll come back to that as well. What can fans especially for the coming summer weeks look like forward to from your label? 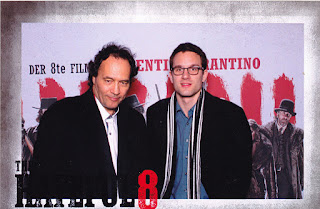 Sebastian (NK): Of course, we are also particularly interested in Italian spaghetti westerns or other European genre classics. Do you have anything in the pipeline?

Uli (EM): It's a bit thin at the moment, as most of the genre pearls are already available on DVD and Blu-Ray, and it's almost impossible to sell second-rate films from this genre. There are a few titles that would still be done on Blu-Ray, where licensors unfortunately still have totally overpriced ideas. Titles that come to mind here are e.g. BLINDMAN with Tony Anthony, the Sergio Corbucci Western THE HELLBENDERS or THE LONG DAYS OF REVENGE with Giuliano Gemma.

Sebastian (NK): Back to you personally, what are your favorite movies that do not appear in the IMDb Top 250? 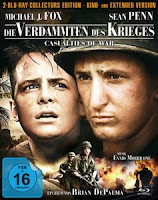 Uli (EM): As a great western fan, I naturally love US westerns like THE MAGNIFICENT SEVEN, THE WILD BUNCH, PAT GARRETT & BILLY THE KID or THE TREASURE OF THE SIERRA MADRE or DAY OF ANGER. From other genres such as movies like SORCERER and TO LIVE AND DIE IN L.A. by William Friedkin or RONIN and REINDEER GAMES by John Frankenheimer. Thank goodness there are many more good movies than you have time to watch them.

Sebastian (NK): Can you recommend movie fans some books on the subject, which in your view represent a special asset?

Uli (EM): Among the interesting books I've read lately are MICHAEL WINNER: WINNER TAKES ALL: A LIFE OF SORTS (WHAT EVER HAPPENED TO ROBERT ALDRICH ?: HIS LIFE AND FILMS, ITALIAN CRIME FILMOGRAPHY 1968) -1980 (Amazon), MEMOIRS OF A SPAGHETTI COWBOY - TALES OF ADDBALL LUCK AND DERRING-DO (Amazon), THE FILMS OF TONINO VALERII (Amazon), just to name a few.

Sebastian (NK): Which websites (other than Niche Cinema of course) do you inform yourself about movies, business, news and home cinema?

Uli (EM): Of course I like your pages, especially Niche Cinema and Spaghetti Western Database. About movies in general, I read a lot on IMDb, about the business on Deadline Hollywood, Hollywood Reporter and Variety and about home theater mainly Blu-Ray.com

Sebastian (NK): Do you enjoy going to festivals?

Uli (EM): I have to admit that since the founding of my own company I've become rather quiet as far as festivals are concerned. For me, the only compulsory festival of the year is and remains the Cannes Film Festival, not least because of the atmosphere. I traveled to all major festivals for over 10 years, and just got tired of traveling as time went by.

Sebastian (NK): Did the work at Explosive Media and the previous labels where you worked, made a lasting impression on the taste of film, or was it the other way around, did you leave your mark on these companies?

Uli (EM): I think that I left more traces with these companies. Initially at Koch Media, where I was allowed to publish many of my favorite films on DVD, then at Sony Pictures, where I excavated some classics for the first time (eg Dsching Khan with Omar Sharif, The Sheriff with Gregory Peck, The Coup with Jean-Paul Belmondo ) and, of course, in movie purchases like 22 BULLETS with Jean Reno or BLACK DEATH with Sean Bean

Uli (EM): "Nobody knows anything" said the famous screenwriter William Goldman ("Butch Cassidy & the Sundance Kid"). And that is still true today when you want to assess movies for their commerciality. The best example is the old Cecil B. DeMille Western DIE UNBESIETEN (Unconquered) with Gary Cooper from 1947. No one would have thought that this ancient strip could have been in the Top 20 of the Amazon Western Charts for weeks. For other films, the opposite is true. Nobody really knows. That's why every Hollywood studio has its share of big flops.

Uli (EM): Personally, these streaming services say little to me. I especially do not like the inferior streaming quality at all. A Blu-Ray has better quality than any streaming service. Besides, these services are pretty thin stocked with classic treats and with bonus material it also looks very, very thin. The sound quality of a physical disc is also much higher.

Sebastian (NK): Yes, they have a lot of catching up to do, and you're right, the classics are a bit thin, so Mubi and Co. are not helping much. Thanks a million first, Uli. See you soon in Berlin!

Uli (EM): Thank you as well, see you soon in Berlin!