Story: Sergio Corbucci was one of the most prolific and eclectic directors of Italian cinema. In forty years of career he made about seventy films, experimenting in all genres, from "peplum" to horror, from comedian to yellow, from the musical film to the western, the kind that perhaps preferred and of which he is considered a master along with Sergio Leone. Always attentive to the tastes of the public that has rewarded him with record cash, Corbucci has never given up on a meticulous professionalism. Drawing on the unpublished autobiography of Sergio Corbucci, the documentary traces its human and professional history using materials from the Istituto Luce's repertoire and private amateur photos and films, as well as testimonies from friends and collaborators, and above all from his wife Nori, from their meeting in 1959, he shared with him 31 years of life. 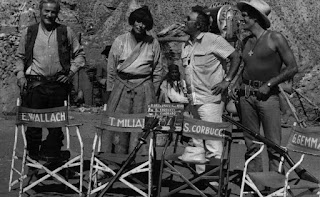