Who Are Those Guys ~ José Castillo 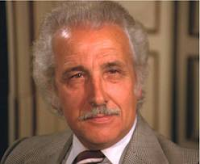 Apparently a man of many talents he was also the cinematographer on the film “Diamond Rush” (1969).

José Castillo died on August 30, 2011 in Sentmenat, Barcelona Spain according to a funeral announcement posted at rememori.com on August 31, 2011.