Who Are Those Composers ~ Charles Dumont 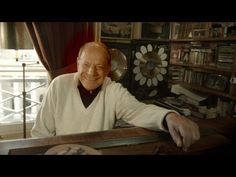 Charles Dumont was born in Cahors, Lot, France on March 26, 1929. He developed a passion for music at an early age, and studied at the Conservatoire in Toulouse. He never quite got to grips with the rudiments of classical music. At the end of the Second World War, a teenage Charles discovered where his heart really lay when he heard the golden trumpet of Louis Armstrong. This proved to be a turning point in Charles's early career and, following in the footsteps of his musical idol, he took up the trumpet and formed his own amateur jazz band.

After graduating from the Conservatoire in the late 40s, Charles moved up to Paris where the jazz scene was beginning to explode in the smoke-filled cavern clubs of Saint-Germain-des-Prés. Charles was raring to go and blow his horn, but he was forced to go into hospital for what was to have been a benign operation on his tonsils. However, the operation went badly and, much to his eternal regret, Charles had to abandon his precious trumpet. From this point on, he began casting about for another means of expressing his musical passion.

The organist at the Eglise Saint-Ambroise in Paris eventually took the young musician under his wing and taught him how to master the keyboard and work the art of harmony. Dumont began to try his hand at writing his own compositions at this point and discovered he had a certain gift for it. Dumont went on to become a professional pianist, earning a living on the Paris club circuit. In the meantime, the young musician left the capital to do his military service. He also found time to get married and father two sons, Frédéric and Philippe.

Dumont's career finally took off around 1956/1957 when he started setting Francis Carco's poetry to music. Dumont also went on to team up with the talented musician Michel Vaucaire (husband of French singing star Cora Vaucaire) with whom he wrote a number of best-selling hits over the years. In short, Dumont began to make a name for himself in music circles and before long he found himself composing songs (occasionally under a pseudonym) for all the big stars of the day, including Dalida, Gloria Lasso, Luis Mariano, Tino Rossi and Lucienne Delyle. In 1958, Dumont released two singles in his own name, but neither took off with the record-buying public.

Vaucaire and Dumont had been trying to get their songs into the hallowed 'salon' of Edith Piaf. In October 1960, the pair finally managed to get the legendary 'chanson' diva to listen to one of their recent compositions, "Je ne regrette rien." Piaf was bowled over by what she heard and she performed the song in public for the first time at the Olympia a few days later. The song proved an instant hit with the audience and went on to become one of the most popular French 'chanson' classics of all time. "Je ne regrette rien" marked the beginning of a long and fruitful collaboration with Piaf which produced more than thirty 'chanson' classics including "Les Flonflons du bal" and "Mon Dieu." Piaf and Dumont's partnership moved on to a new level in 1962 when they wrote and recorded "Les Amants" together.

Dumont was completely lost after Piaf's death in 1963. He continued writing with Michel Vaucaire and even collaborated with Jacques, but he remained disoriented for a while. Later in his career he would begin composing music for films (such as Jacques Tati's "Trafic" in 1971 and the television film "Michel Vaillant" in 1967). But for the meantime, following Piaf's advice, Dumont stepped behind the microphone and launched his own singing career again. In 1964, he went on to release his début album, "À faire l'amour sans amour." However, these remained lean years for the musician.

By 1971, Dumont was finally on the up and his fame had spread beyond French borders. Later that year, he would meet international star Barbra Streisand in the U.S. Impressed by his song "Le Mur," Streisand sought permission to record an English cover of it and ended up scoring a huge hit with her version "I've Been Here." In 1972, Dumont went on to release "Intimité", the first in what was to become a long series of albums on the theme of women and love.

The following year, Dumont received critical recognition, winning the prestigious 'Prix Charles-Cros' for his album "Une femme." In 1974, he followed this with "Le Concerto pour une chanson" (an album fusing 'chanson', classical music and poetry) and in 1975 with "L'Or du temps."

1976 turned out to be a key year in Dumont's career. After releasing the album "Elle," he made a comeback on the live circuit at the age of 47 – and two successive nights at the Espace Cardin in October of that year turned him into a major star!