Today Sunday April 8, 2018 you can see the steam locomotive and visit the permanent cinema exhibition.

The cocherón will remain open to the public from ten in the morning till two in the afternoon.

This Sunday, April 8, there will be an opportunity to see the steam locomotive Baldwin-La Guadix in motion and to visit the permanent exhibition "Guadix de cine" that has been installed in the cocheron where the locomotive is located. As reported by the councilor of Tourism, Ivan Lopez Ariza, the activity will take place between ten in the morning and two in the afternoon, at which time everything you want such as talking to the engineer and to see this mythical steam locomotive circulating the stretch of track that is in front of the station and enjoy the recently inaugurated exhibition that covers the cinematographic history of the city of Gaudix.

As always, access to the cocherón will be duly signaled. The councilor recommends that anyone who wishes to attend follow the instructions of Civil Protection and Local Police to safely access it. And remember that it is absolutely prohibited to access the train from the passenger station.

The steam locomotive has been the main actor in mythical films of the history of cinema such as "Reds" by Warren Beatty, "Indiana Jones and the Last Crusade" by Steven Spielberg or "Good Morning, Babylon" by the Taviani Brothers and “The Good, the Bad and the Ugly” by Sergio Leone among many others. For its part, the permanent exhibition "Guadix de cine" allows the visitor to travel from the western movies to the temple of "Indiana Jones and the Last Crusade" or to the memories of the old accitalian cinemas and of the films and series shot in Guadix (as "Emerald city"). It ccounts for it with interesting pieces elaborated by hand and with other originals used in the filming. Giving place to an unforgettable experience that allows you to travel through time and the cinema.

With this exhibition and with activities such as this one Sunday, the valuable cinematographic past of our city is valued. A past that continues to have its reflection in the present, because there are still many producers interested in shooting in Guadix. "And that undoubtedly constitutes a means of development for our city, since the tourism related to the cinema is a booming sector that we should not miss", as the Councilor for Tourism recalls. 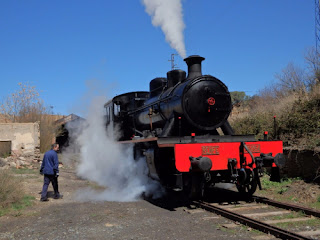