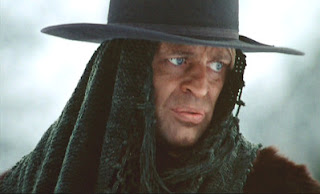 Director Sergio Corbucci has gone on record in an interview with the Italian press that the hatred Klaus Kinski and Frank Wolff had toward each other in the film was mirrored off-set, with the pair refusing to talk to one another other during the production. In another example of taking his art too literally, Corbucci has stated that Kinski deliberately set out to provoke Wolff so that his hatred of him seemed more genuine in the movie. He set about doing this by calling him a ‘flthy Jew” and that as a German he hated Jews. Wolff, who was Jewish, had to be stopped from strangling Kinski.