Who Are Those Composers ~ Pino Donaggio 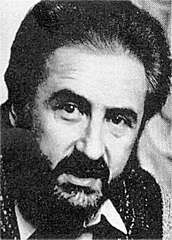 Giuseppe "Pino" Donaggio was born in Burano (an island of Venice), Veneto, Italy on November 24, 1941 into a family of musicians, Donaggio began studying violin at the age of ten, first at the Benedetto Marcello conservatory in Venice, followed by the Giuseppe Verdi Conservatory in Milan. At the age of 14, he made his solo debut in a Vivaldi concert for Italian radio, then went on to play for both the I Solisti Veneti and the Solisti di Milano. The discovery of rock and roll during the summer of 1959 ended Donaggio's classical career when he made his singing debut with Paul Anka. He then began to write his own songs and established himself as one of Italy's prominent singer-songwriters. He took part in the Sanremo Festival with "Come sinfonia" (1961) and had a string of successes including "Una casa in cima al mondo".

However, his greatest hit was the 1965 hit "Io che non vivo", which sold 80 million records worldwide and was performed most popularly in English as "You Don't Have to Say You Love Me" by Dusty Springfield and Elvis Presley.

His first film was the British/Italian horror film “Don't Look Now”. Since then he has composed music for several films, including Dario Argento's “Two Evil Eyes”, “Trauma” and “Do You Like Hitchcock?”. He also composed the scores for several horror films including “Piranha”, “Tourist Trap”, “The Howling” and “Seed of Chucky”. He works regularly with American director Brian De Palma, scoring De Palma's “Carrie”, “Home Movies”, “Dressed to Kill”, “Blow Out”, “Body Double”, “Raising Cain” and “Passion”.

In 2012 he was awarded the Lifetime Achievement Award from the World Soundtrack Academy.