Who Are Those Guys? – Donato Castellanato 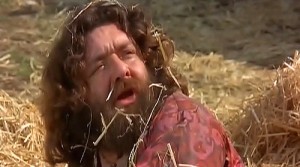 Donato Castellaneta was born in Rionero in Vulture, Potenza, Basilicata, Italy on September 3, 1931. Towards the end of the 1950s he entered the Silvio D'Amico National Academy of Dramatic Arts, where he trained under the teaching of Orazio Costa. At the theater takes place his meeting with Franco Enriquez and La compagnia dei quattro, with whom he collaborates for several years, passing through other important experiences, from the Genoa Stable to the Rocca Group. The artistic performances of Donato Castellaneta, reverently known as "Pupetto", are then linked to the figure of Leo De Berardinis, at the time of the theatrical revolution aimed at bringing the shows out of the usual places and canons of representation. The passion for the theater also leads him to practice as a teacher, mainly in Messina, where he taught severl generations of actors: from Marika Pugliatti and Federica De Cola, from Elio Crifò to Mariapia Rizzo, through Adele and In the Tirante, Oreste De Pasquale, Giuseppe Carullo, Andrea Florio, Simona Fiordaliso, Rosario Coppolino, Agata Perricone, just to name a few. He arrived for the first time in the city of the Strait in 1979, as a collaborator of director Enriquez, for Il Gattopardo in the part of Biagio Belfiore, he returned there permanently between 1990 and 1994, teaching acting at the Start-up Center for expression organized by Maurizio Marchetti and then, in 2003 and 2004, in a laboratory of the Ente Teatro with Marchetti and Antonio Lo Presti. He also teaches at Reggio Calabria and the Inda school in Syracuse. In the cinema, Castellanato plays several important roles in the cinema. Among the films of which he takes part are “La dolce vita” by Federico Fellini (1960), “La mandragola” by Alberto Lattuada (1965), “La classe operaia va in paradiso” by Elio Petri (1971), “Pinocchio” (2002) and “La tigre and la neve” (2005) by Roberto Benigni. In addition to the role of actor, Castellaneta works as a screenwriter in the comedy film by Nico Cirasola “Da Do Da” (1994). His only credited Euro-western was as Paco in 1971’s “A Man Called Django”. He died from a heart attack on Rome, Italy on November 30, 2014).