Sergio Leone at the BFI Southbank

Screening of “A Fistful of Dollars” , the film that put Leone on the map is a testosterone –fueled tale that flips the American western and gives it some European punch.

The first part of Leone’s Dollars trilogy firmly sets out the winning blueprint for the other two: not least in establishing both the role of Clint Eastwood’s nameless anti-hero and the collaboration with Ennio Morricone, which resulted in some of the most memorable musical themes in movie history. Made on a small budget and based on Kurosawa’s Yojimbo, the film focuses on a small town caught up in a fight for control between two warring families. When a stranger arrives he manipulates the feud to his own advantage – resulting in a high body count and some great cinema. – Justin Johnson, Lead Programmer 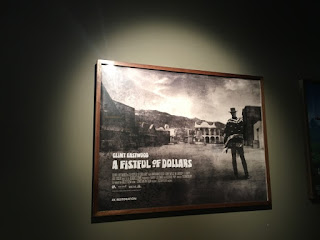