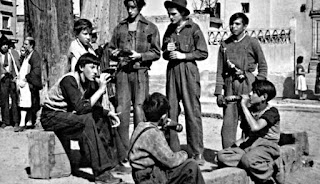 "I have in my mind great Mexican films like 'Los olvidados', by Luis Buñuel, the writer said.

Reiner Boller prepares two books, one on the Golden Age of Mexican cinema. He will translate his work "Wilder Westen. Made in Germany "

The German writer Reiner Boller announced that he is working on two books, one on the outstanding participation of Mexican actors in the European Seventh Art and another on the Golden Age of Mexican cinema, although he will publish his most recent work in Spanish " Wilder Westen. Made in Germany ".

Boller said in an interview that this last book led him to investigate the Mexicans who have excelled in European cinema.

"Now I'm with the great actor Miguel Ángel Fuentes Ojeda, who has left an important mark on European cinema"

The filmmaker also indicated that among the Mexican actors who will speak in his text are Rosenda Montero, Monica Miguel, Ignacio Guadalupe, Miguel Angel Fuentes and Gustavo Rojo, the latter, he said, became an idol for young film lovers in Germany .

“I am the authorized biographer of Gustavo Rojo and many young people met him through the stories of writer Karl May, who imagined the western and in which Gustavo participated.”

He said he also plans to launch the biography of Gustavo Rojo in German, English and Spanish, "but for now I'm with Miguel Ángel Fuentes listening to the anecdotes of his time in European films. From my point of view Mexican actors deserve a qualification of the most realistic and natural in their work, as happened with the actors of the Golden Age of Mexican cinema.

Reiner Boller pointed out that his concern to make another text to talk about Mexican actors of the golden age, is by the similarities that were with the era of German Impressionism.

"I have in my mind great Mexican films like 'Los Olvidados', by Luis Buñuel, but also extraordinary performances like those of Pedro Armendáriz, Pedro Infante, Katy Jurado, the Soler brothers and I think I'll start by talking about Pedro Infante's histrionic capacity".

Boller, in his fascination with Mexican actors, also recalled that he writes a novel he titled "In a bar in Mexico," about Hollywood actors who have shot in Mexico. 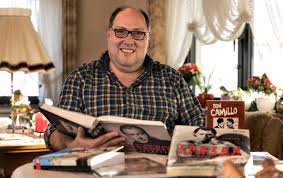