Who Are Those Gals? ~ Sandra Cardini 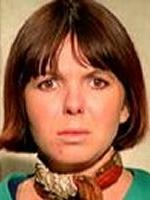 Alessandra ‘Sandra’ Cardini was born in Rome, Lazio, Italy on March 14, 1950. She is an Italian costumer and actress.

During her career she has collaborated with the such costume designers as Piero Tosi and Danilo Donati.

Her acting career consisted of seventeen films including one Euro-western “The Grand Duel” (1972) where she appeared as Anita one of the girls at Madame Oro’s brothel.