University of Television and Film ARRI revive the Isarwestern

After 100 years, ARRI and the College of Television and Film want to revive the good old Isarwestern. 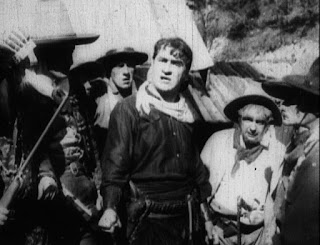 [A scene from the 8-minute strip "The Black Jack". Photo: Suedstern movie]


After 100 years, ARRI and the College of Television and Film want to revive the good old Isarwestern.

In 1916, when the world was drawn by the First World War, two Munich men decided to enter the film business. Robert Richter and August Arnold made their first copying machine with second hand material. Both had not even finished school at the time.

A year later, they founded the production company ARRI on the Türkenstraße, today the world's largest manufacturer of film equipment. In 1918, their first film flickered across the screen: "The Black Jack". The film was filmed in Mangfalltal south of Munich. An eight-minute western with gangsters, Indians, a savage bailout - the key elements that the genre needs. From today's point of view, this super short film with its minimalist plot was a blockbuster.

In the 1920s, the genre reached its short peak: countless short films were produced, including by Fred Stranz, who devised such incredible titles as "Der gelbe Würger" (The Yellow Strangler) and "Texas Freds Brautfahrt" (Texas Fred’s Wedding). Richter and Arnold were also working as recording operators on the films of Alfred Paster, who gave the Munich "Die Flammenfahrt des Pazifikexpress" (The Flaming Journey of the Pacific Express) and "Die Rache im Goldtal" (Revenge in Gold Valley).

Nearly a hundred years and 18 Oscars later, they want to reconnect with the films: The ARRI AG has been working in cooperation with Suedstern Film on the contemporary Bavarian Western. They have emerged with the authored "Isarwestern". For this purpose, they met with a second Munich institution, which had celebrated its anniversary: the College of Television and Film (HFF), which was founded fifty one years ago.

Humor is by no means wrong with this reanimation

Participation is reserved for students and graduates of the HFF. The competition is scheduled to be linked to their anniversary celebrations, and of course the Munich location is a must.

At least 80 minutes will be dedicated to the film, the Western genre is of course binding. Otherwise there are very few limits to their creativity. Theoretically, it could also become a silent movie again, but that should rather be less of the goal of the project. The new Isarwestern should be "a revival and not an imitation," as the head of the HFF script workshop Hubert von Spreti stressed. Humor is - especially in a Bavarian production - quite desired.

"ARRI supported us from the beginning. So far, we have found out more about the technical area, going together into a concrete production is something completely new, "explains HFF President Bettina Reitz. The finished book will eventually become the basis for a cinema production. 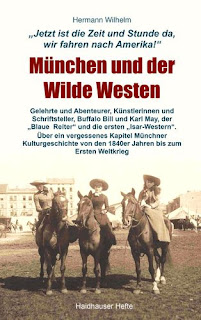