Who Are Those Guys? ~ Giuseppe Cardone 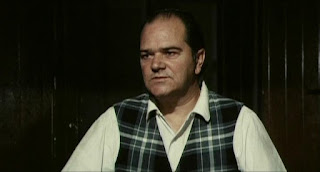 Giuseppe Cardone is an Italian actor who began his career in fotoromanzi magazines. He appeared in 16 films from 1968-1977 usually as a character actor playing bartenders, poker players, saloon patrons, etc.