Melody Jean was part of an Italian monthly publication called Collana Grandi Adventure where the main story alternated monthly starring one of four characters. One of the characters was Melody John a western adventurer who traveled the Far West during the early days of the frontier. His adventures found him battling Indians, wildlife and town bullies. 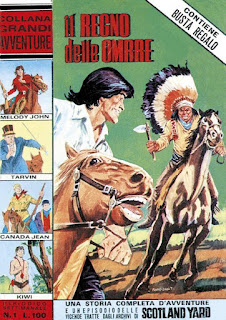 Melody Jean was drawn by Leone Frollo. The comic book collection was published from January - June 1966 by S.E.P.I.M. 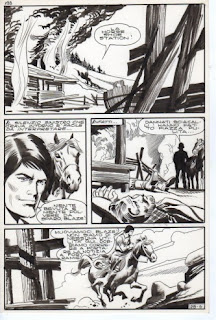