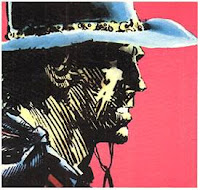 El Cobra was a lonely gunman and steel-edged wrongdoer.  Eternally on the move, he comes across, on his way, pretty young women (often grieving widows) who he invariably abandons at the end of each story before returning to his wandering path.  This realistic and violent western, with the classic and invariable scheme (the hero arrives in a new place, he repairs an injustice and goes to the end even if he is asked to stay).

El Cobra was basically a restart of the character Garrett by artist Arturo del Castillo and stories by Albert August Delan Phelps. The difference was Garrett had a purpose seeking vengeance on those who murdered his family. 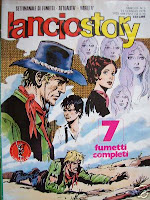 El Cobra first appeared on May 12, 1975 in an issue of Lanciostory which was published by Eura Editoriale. The series lasted through 27, issues. It was also published under the title Le Crotale in Long Rifle and in La Route de l'Ouest between 1983 and 1986.A sequel to El Cobra was published in 1978-79, with texts by Ray Collins (Eugenio Zappietro).  and drawings by Miguel A. Repetto with a graphic design very similar to that of Del Castillo. 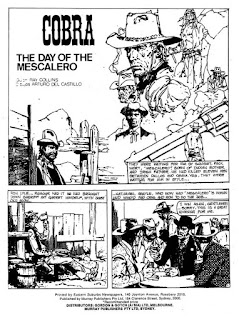 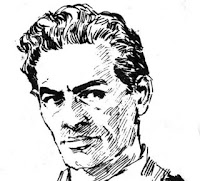 Arturo Pérez Del Castillo was born in Concepcion, Chile1925 August 25, . He started working for an advertising agency, but eventually joined his brother Jorge Perez del Castillo in Buenos Aires, Argentina, in 1948. He got a job as a letterer and illustrator with Editorial Columba and its magazine Aventuras, and remained affiliated with the publisher until the mid-1950s. He did his first work for for the comic weekly Aventuras, and a year later, he also created comic strips for the magazines Intervalo and El Tony. He quickly became famous for his skillful and detailed pen work, mainly for western comics.

Also for Britain, he drew western stories in Top Spot ('Ringo') and Ranger ('Dan Dakota - Lone Gun') and also for the Cowboy Picture Library. 'Ringo' was one of his longest running serials, that he created in cooperation with Oesterheld between 1968 and 1974. His western stories also appeared in France in the pocket-sized comic books published by Arédit and Sagédition, and in Holland in the comic magazine Sjors.

He worked for the publications of Editorial Columba, such as El Tony, D'Artagnan and Fantasía, until his retirement in 1989. Among his new creations were 'Bannister' with Ray Collins in El Tony in 1981. Arturo Del Castillo died in Buenos Aires, Argentina on December 5, 1992.