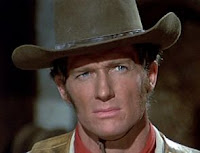 Brad Harris, best known for his work in sword-and-sandal movies, died Tuesday November 7th. He was 84. Born in St. Anthony, Idaho on  July 16, 1933, Harris later moved to California and attended UCLA on an athletic scholarship where he studied economics. After sustaining injuries from football, he was advised to take up weightlifting, which then sparked an interest in bodybuilding. The actor and stuntman followed his friends Steve Reeves, Gordon Mitchell and Gordon Scott to Europe for the majority of his career. Harris appeared in over 50 spy films and spaghetti Westerns in the 1960s, including “The Fury of Hercules,” “River Pirates of the Mississippi,” “Black Eagle of Santa Fe,” “Kiss, Kiss, Kill, Kill,” “Spy Today, Die Tomorrow,” “Death Trip,” “The Mad Butcher” and “Supermen.” Harris married actress Olga Schoberova in 1967. They had a daughter, Sabrina, before they divorced in 1969. In 1971, Schoberova remarried studio executive and producer John Calley, who adopted Sabrina. Later in his career, he served as an executive producer on several of his films including “King of Kong Island” and “The Mutations.”
Posted by Tom B. at 8:52 PM