Who Are Those Composers ~ Willy Brezza 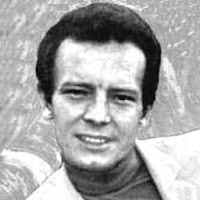 Willy Guglielmo Brezza was an Italian composer, pianist and conductor, born January 2, 1935 in Rome, Lazio, Italy. In 1961 was a Jazz pianist, and after that worked as a singer in the vocal group 2 + 2 Di Nora Orlandi., He then dedicated himself completely to being an arranger. In 1964 he realized great success with rearranging Il Silenzio by trumpeter Nini Rosso. In 1965 he wrote with Giosi Capuano Lei Dice sung by Mario Zelinotti. In the decade 1967-77 he was the author of a dozen film scores, most of which are directed by Bruno Corbucci. He was also the author of some tunes for Perchè Si Uccidono the only movie by Mauro Macario in 1976.
Brezza was involved with Euro-western films mainly as a conductor but did score two films: Hate for Hate in 1967 and Now They Call Him Sacramento in 1972.