Who Are Those Composers? ~ Zvi Borodo 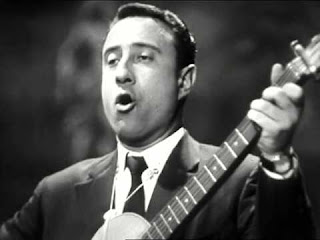 Zvi Borodo was born Hirsz Borodowski in Wilno, Lithuania in 1930. He escaped from the ghetto in Wilno with his mother in June of 1942 after his father, Avraham Borodowski, and brother, Arie, were murdered at the Ponary murder site near Wilno (today Vilnius, Lithuania), his mother, Genia-Szeina (née Lurie), fled the Wilno ghetto for the surrounding villages in order to seek safety. A Polish acquaintance in one of the villages sent them to the priest Jan Sielewicz in the town of Worniany (Vilnius-Troki County, Wilno District), telling them that he was helping Jews and would also assist them. The priest Sielewicz indeed took them under his protection and sent them to farm families in the surrounding towns and villages ho needed working hands in exchange for food and lodging. Their employers did not know that they were Jews. However, when they were asked to register at the local police [as they were required to do], both returned to Father Sielewicz for a temporary hiding place until he could find them work and secure lodging elsewhere. In 1943, while a new hiding place was being sought for Genia and her son Hirsz, they learned that the priest had died. The mother and her small son returned to wandering through villages and towns until the liberation by the Red Army in the summer of 1944. When he grew up, Hirsz Borodowski became a well-known opera singer in Isarel, under the name of Zvi Borodo.

Borodo became a musician (guitar) and folk singer. He was a member of the Israeli folk singing group ‘Trio Aravah’ with Arik Lavi and Shimon Israeli. Later he had a solo career as a singer, musician, composer and actor.