Soledad Miranda: A Flower in the Desert 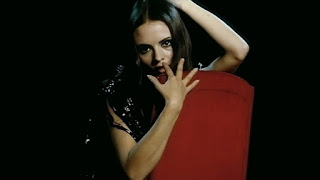 A 2015 documentary directed by Paco Millán that tells the story of a Sevillian actress with a brilliant career in the world of cinema, ended at age 27 when she died suddenly in a traffic accident. It is in the Portuguese town of Estoril, where her remains rest.

Until that time, Soledad Miranda, internationally known as Susan Korda, had already participated in 37 films in the 10 years she was in the movies. She was the muse of director Jess Franco. Christhoper Lee and Jack Taylor were just some of her cast partners.

Niece of Paquita Rico, she never benefited from the popularity of her aunt; and unlike other actors, her beginnings were in dance and not in the theater, which is the usual way of entering films. It began with eight years in the Galas Juveniles of San Fernando and, benefitted by good critical acclaim she moved to Madrid to begin a race that ended dramatically.