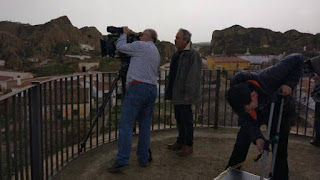 This documentary takes you on a tour throughout the 25 years in which Spain became an immense film set, analyzing the different reasons why the American producers moved their filming here, and what that era of fascination  meant from an economic, political and social pont  of view.