Who Are Those Guys? ~ Lee Burton 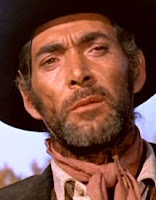 Lee Burton was born Guido Lollobrigida in Rome, Italy on September 4, 1928. He is a cousin of actress Gina Lollobrigida. Lollobrigida attended the university and graduated with a degree in technical engineering. But Guido had grown up, passionate about machinery and eager to experience the wind blowing on his face at 300 miles an hour. Therefore he became a professional race driver, a career that lasted for about 10 years and in which he won several victories both nationally and internationally. In 1955 he realized the dream of a lifetime by participating in the Grand Prix of Venezuela, the world championship, in the presence of the most important teams of the time: Maserati, Ferrari etc. The young and reckless Lollobrigida remembers big names such as Moss and Mussi. And this race would become a metaphor for his life, during which he’d fly around the world both in his career as an actor and a driver.

In 1957 he moved to South Africa and appeared in his first film but it was never released.

In 1960, Lollobrigida moved to North America where he took part in international competitions: 12 Hours at Sebring, Daytona, Bahamas, Speed Week. And what is most striking about him is the passion that years later can still be read in his words and expressions: “Racing for me,” he says, “brought an emotion that I don’t think I could explain in words. A struggle between fear, of being aware of the dangers that my colleagues and I were running, and of wanting to win, and not to give up. The nicest thing though was that despite getting so excited before starting, while I was racing it was different, I became one with the car and instinct took precedence of any other feeling. I believe we are born with this passion and with the ability to race, pushing ourselves to the limits of our capacity.”

Returning to Italy in the mid-1960s, he immediately started a prolific career in genre films, mainly Spaghetti Westerns and adventure films, sometimes cast in supportin roles. Starting from the second half of the 1970s, he significantly slowed down in his acting activities. Lee was a supporting actor in over 15 Euro-westerns. The hollow-cheeked character actor usually played shifty, surly and sometimes sympathetic roles with equal believability.

He led a life full of emotions, feelings and experience, countless private weddings, adventures around the world which would require a whole book to do them justice. Today Guido lives in Cerveteri, a quiet destination. When we ask him if with hindsight he’d sacrifice everything he’d personally accomplished in order to achieve his dreams, he doesn’t hesitate. “Of course, nothing could make me feel the same chill down my spine. I wouldn’t hesitate.”