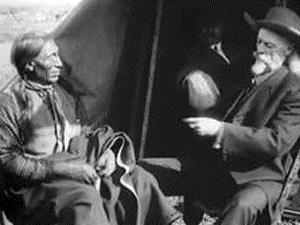 This documentary on Buffalo Bill who was famous for its bison hunting skills and the role he played as a scout with General Custer, who led the last Indian wars and died at the Battle of Little Big Horn in 1876. But these film images in 1894 and until 1916 reveal a different Buffalo Bill, having friendly relations with leaders of various Native American tribes. They also show that the Wild West Show, the famous spectacle of Buffalo Bill, greatly influenced a genre that appreciated: the western.