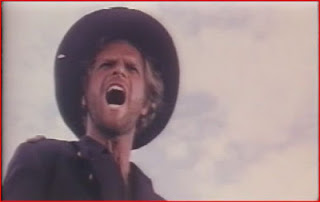 Sartana is the name of a Spaghetti Western character who was introduced in “If You Meet Sartana Pray for Your Death”, which was directed by Frank Kramer (Gianfranco Parolini). Giuliano Carnimeo (aka Anthony Ascott) directed four other movies featuring what is basically the same character. Sartana was played by Gianni Garko in all but one of these films. Garko’s depiction of Sartana has maintained a cult following among Spaghetti Western fans.

He uses trick weapons, like a derringer with double chambers, smoke bombs, throwing knives and even a robot (named Alfie). He swings a watch of lead or shoots cannon balls and bullets from the pipes of an organ or uses playing cards as throwing weapons. He also employs elaborated set piece traps.

Gianni Garko played a character named Sartana in the 1967 Spaghetti Western, “Mille dollari sul nero” (aka “Blood at Sundown”). This "pre-Sartana" is the evil brother of the hero played by Anthony Steffen and wears a Union army jacket, not a suit. According to Garko this film was very successful in Germany using the title "Sartana" and the film producer Aldo Addobbati contracted him to play a hero with that name in a new film. Garko rejected some scripts with vengeance stories and instead suggested that a hero using cunning and motivated by money, not passion, would be more in line with the current audience taste. The trick weapons and other gadgets used by Sartana, and the mystery surrounding the character were contributions from the director Parolini, who was inspired by James Bond movies and also by the cartoon Mandrake the Magician. 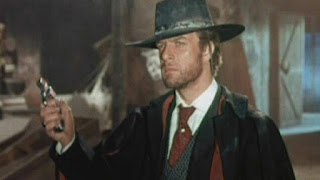