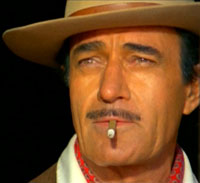 Mexican Luis Antonio Dámaso de Alonso followed his parents north to California and became a film actor. The studio bosses liked his Latin Lover image and admitted he was a good actor but asked him to Anglicize his name if he wanted to become a real star. He thought about it and decided to pay homage to his two favorite movie stars, John Gilbert and Ruth Roland and came up with Gilbert Roland.  When he retired in 1982, twelve years before he died, he could be satisfied. His career had spanned six decades, the coming of sound had not ended it, he had played in all kinds of movies, he had held the most beautiful women in his arms, and maybe the most important thing, he had been given the opportunity to show his acting talents. 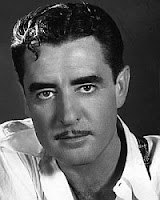