Sunday, the main character, is a former army colonel who survives as best he can in the difficult years following the end of the Civil War. During the years of the war with the army of the South, his house was razed, his wife murdered and his son kidnapped ...; therefore, our hero goes in search of the latter, knowing that quite possibly he is already dead. On his journey he helps the helpless and destitute. His odyssey intersects with individuals of all kind, and he finds himself intervening more or less in various conflicts as it imposes upon his code of honor.

Being a western, the main reference is on Sunday. A Spanish western, we are not seeing a western set in Spain, such as the Sergio Leone shot in Almeria, but before that a film of west vignettes, more like those directed by Budd Boetticher with Randolph Scott or, especially, the proud films directed by Anthony Mann and starring James Stewart, marked by a twilight tone that patented Sam Peckinpah and years later recovered by Oscar winner Clint Eastwood in “Unforgiven”.

The 18 issue series was launched in 1968 by the editor Selecciones Ilustradas. Stories by Victor Mora and illustrated by Victor de la Fuente for the first 12 issues and by Ramon de la Fuente, Victor’s younger brother, for the last 6 issues.

The first 12 issues have been combined into a single volume and released by Glenat.

Victor de la Fuente was born in Ríocaliente, Spain on April 12, 1927 and started his comics career in Adolfo López Rubio's studio in 1945. In this period he worked for Spanish magazines such as Chicos, Flechas y Pelayos and Zas. In his mid-40s he moved to South America, first to Cuba, then to Argentina and Chile, where he signed a contract for Editorial Zig Zag. In 1957 he became director of the El Peneca magazine and founded his own advertisement agency.

In 1961 he returned to Spain, and subsequently worked for local publishers as well as British ones including Fleetway and DC Thomson. In 1968 he started a collaboration with the French magazine Pilote, published by Dargaud, with the series Les diamants sanglants ("The bloody diamonds"). The following year he began the western comic Sunday, written by Víctor Mora and published by Spanish Selecciones Ilustradas.

From 1969-1971, de la Fuente wrote and drew the heroic fantasy series Haxtur for the Spanish magazine Trinca; in 1971 he also drew a single story for American publisher Warren, "I Am Dead, Egypt. Dead", written by Doug Moench, which appeared in Eerie #25. The story won the 1972 Warren Award for best story. In 1972 he created, again for Trinca, the post-apocalypse series Mathai-Dor, which remained unfinished due to rights problems. In the same year he moved to France, and executed the erotic-western series Mortimer for Italian publisher E.P. In 1973 Haxtur won two awards at the Trieste and Genoa comics festivals in Italy.

In 1974 he created another western series, Amargo, for Hachette. In 1976 he took part in the comics adaptation of the Holy Bible and the history of France for Larrousse. In 1977 he collaborated with the Belgian magazine Tintin and, in 1978, he created another heroic fantasy character, Haggarth, for the Belgian magazine A Suivre. In 1979, he began the long western series Los gringos, written initially by Jean-Michel Charlier and, from 1992 onwards, by Guy Vidal. In 1980 de la Fuente won the Yellow Kid Award in Lucca. 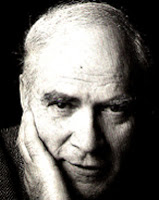 Víctor Mora Pujadas was born on June 6, 1931 in Barcelona, Barcelona, Catalonia, Spain. Shortly after his birth, his family moved to France , where the young Victor spent his childhood.
After the death of his father, he returned to Barcelona when Mora had eleven years.  For economic reasons, he was forced to work in diverse trades.

Mora's career in the world of comics began in 1948, when he took over from Rafael González Martinez and Francisco González Ledesma in the series Doctor Niebla, drawn by Francisco Hidalgo. In 1949, he created the series Captain Kerr for the magazine Cartoons that - something unusual in his trajectory- drew himself. Again with Francisco Hidalgo established in 1953 Al Dany , based on the eponymous series of Italian Enrico Bagnoli had been published years earlier in " El Coyote ".

In 1956, the Editorial Bruguera , seeking to revalidate the success with cartoon Iranzo Cub , agreed to publish the adventures of a new character created by Mora, set in the Middle Ages , being born Captain Thunder . Mora signed the scripts of the series as "Victor Alcazar", while the graphics was entrusted to Miguel Ambrosio Zaragoza " Ambrós". The series had unprecedented success, surpassing the 350,000 copies a week at times.

Member of the PSUC, the same year Mora and his partner were arrested by Franco's police because of his political activities ("Freemasonry and Communism," according to the minutes of the indictment) and spent a short time in prison.

Two years later, in 1958, Mora took up the formula so successful from the reported Captain Thunder, and created a new series: The Jabato, set this time in the Roman period and drawn by Francisco Darnis.  Other series with similar characters were the Green Cossack (1960), set in Russia, and Le Corsaire Iron (1970) where the protagonist is a Spanish navigator in the seventeenth century, subsequent era of the great geographical discoveries.

Since 1960 he combined his work in comics with the narrative. His first book The Victim, was a collection of stories. In 1962 he moved to France, where he collaborated with magazines such as Vaillant, Pif and Pilote and wrote Els platans of Barcelona, ​​which was initially published in Paris in 1966, and would be translated into Castilian, German, Romanian, Hungarian and Portuguese.

In 1966 he published, in Catalan, coffee tristos dels homes, the novel won the Víctor Català Prize.

In 1968 he created several series for newly founded magazine Bravo, among which was Galax the Cosmonaut , drawn by Fuentes Man .

In 1969, for the agency Informed Selections, he wrote the western Sunday, which was given life in pictures by Victor de la Fuente (later replaced by his brother, Ramon de la Fuente ).  Also in 1969 he wrote the scripts for the series of science fiction Dani Futuro, drawn by Carlos Gimenez, who appeared in the journal Gaceta Junior, and later, in the Belgian magazine Tintin.

Since 1972, and with newly hired by Bruguera (featured artists Adolfo Usero, José Bielsa, Edmond) he created other fantasy and science fiction for magazines home series Roldán Fearless (1972), Supernova (1973) and Astroman (1973).

For the French magazine Pilote he created a cartoon aimed at adults, The Chronicles of Sin Nombre (1974), illustrated by Luis Garcia. He also wrote The pluja morta (Barcelona, ​​1966; Paris, 1974) and the parking Perduts (1974).

With artist Antonio Parras made ​​the Les Inoxydables (Stainless) series, which was published within Charlie Mensuel of Dargaud since 1982 and ambientaba in the Chicago of the 1920's he has also written The blau tramvia (1984), the series "Iron Heart" (composed of various novels like "the secret of the lady caged" and "the ogre of the Carpathians") and La dona dels ulls of pluja (1993), which won the Joan Crexells prize.