"That's how I keep my Arizona roots alive." 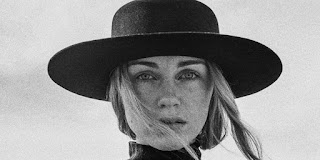 There's something wistful about Zella Day's debut studio album "Kicker," which dropped last June from Hollywood Records. The 21-year-old Arizona native laments of lovers lost and times past, and calls on an unlikely but equally yearnful soundboard for inspiration: the Old West. Day is touring all summer — headlining and later supporting Fitz & the Tantrums on their Get Right Back Tour — and calls in from New York City, where she was able to watch the Fourth of July fireworks from a "really, really tall building."

I’ve heard that you describe your music as “part Spaghetti Western.” What does this mean?

I grew up watching old Western films and there are sounds and moments from those films, musically, that I remember. I’ve gone back and studied the tones on electric guitars and background vocals and beats from those films, and they’ll then show up in moments [on the album] and in my choruses.

For example, “Jerome” sounds like a Spaghetti Western from the DTX we used and the sampled vocals. Then “The Outlaw Josey Wales” is about Clint Eastwood and one of my favorite Western classics. I like incorporating these elements into my pop songs; that’s how I keep my Arizona roots alive.

There’s a sense of nostalgia and longing in songs like “1965” and “Compass.” Do you often find yourself looking backward when you’re writing?

I’m still young as a person and as an artist, so I have so much more to experience in my life. I’m taking in my newfound independence, but also remembering where I come from. Being relevant is important, and I don’t like looking to my past all the time. But I also think it’s important to reflect.

Can you tell me about the background of the song “Jameson”? Is it meant to be a hopeful song about alcoholism?

No, it’s not meant to be hopeful; rather it’s more about facing the truth. I wrote that song while looking at myself in the mirror and not living in denial about a relationship anymore. There’s never a point in that song where I’m like, “I have him back.” It’s a sad cry for something I’ll never have because I can’t win that battle.

It’s been just over a year since “Kicker” was released. You’ve had time to reflect and gather impressions. How are you feeling about it now?

I feel really good about it. It’s such a good documentation of that time in my life, moving from Arizona to California. It was emotions pulsing through my body and my reality. Like you said, nostalgia is a good way to describe that record, and I think each record is nostalgic for the artists making it. I’m experiencing different people and things and am happily in love now, so I have trouble connecting with songs like “Jameson.” But I think those songs have grown with me in the right ways, too, I think.

You lived with Børns for a while in Los Angeles. Do you still stay in touch?

I haven’t talked to him in a little while. It’s been a second. I know he’s doing really well and his life has changed dramatically from even just a year ago. The pace and what’s normal for Garrett [Børns] has transitioned into something totally different from when we found each other. We were just embarking on our journeys. I definitely miss him and I can’t wait to be around the campfire with him again.
Posted by Tom B. at 6:01 AM