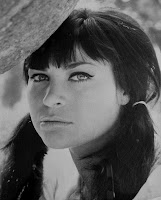 Gabriella Giorgelli will return to the big screen with a movie with a still top secret cast that tells the story of her mother suffering from bipolar disorder, in fact, the long and painful experience, has led the actress to move away from the cinema to treat women suffering from early dementia. So Giorgelli adhered to the entirely autobiographical project with a conscious character with her manic depressive disorder who lives with this grotesquely symptomatology.

Returning is the actress' with,  “The most beautiful eyes of Italian cinema", an artist who has been active since the 1960s, when she was forced to leave the finals of the Miss Italy 1961, as a minor. At that time all the newspapers spoke of her because "She was the most beautiful among the beautiful" who had to withdraw, declaring herself ugly and not up to the competition.

Gabriella Giorgelli began to appear in many films, in fact, she was spotted on a magazine cover by the director Damiano Damiani that convened to entrust to her an important role in the film "L’isola di Arturo " (1961), bringing it to success. In the same decade she is hired by Bernardo Bertolucci for a role in " La commare secca" (1962); later, she will be in such movies as " I fuorilegge del matrimonio" (1963) directed by Valentino Orsini and the Taviani Brothers, in " I compagni" (1963) by Mario Monicelli and collectively a film with five episodes of " Le più belle truffe del mondo" (1964), directed by internationally by acclaimed directors such as Claude Chabrol, Jean-Luc Godard, Hugh Gregory, Hiromichi Horikawa and Roman Polanski.

In 1997 she will be in the cast of the horror genre film "M.D.C. Maschera di cera” by Sergio Stivaletti and in 1998 in" The rumbera "directed by Piero Vivarelli.

One of his funniest roles and even today many remember is being Cinzia Bocconotti, girlfriend of Bombolo beside Tomas Milian in the film "Delitto sull’autostrada" (1982) directed by Bruno Corbucci.

Her television career sees her act in dramas such as "Lulu" (1986) directed by Sandro Bolchi, "A che punto è la notte" (1994), a TV drama adapted from the novel by Fruttero and Lucentini, last work directed by Nanni Loy with lead actor Marcello Mastroianni, "Casa Cecilia" (1999) by Vittorio De Sisti and "Anni ’60" (1999) by Carlo Vanzinas. 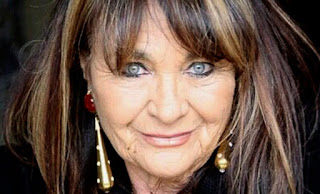