Who Are Those Guys? - Ron Briskman 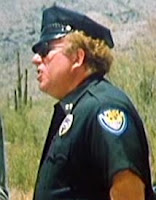 Ron Briskman was born in Chicago, Illinois in 1940. He was Toyota's regional commercial voice, as well as the public-service voice of the local "Don't Drive One in Five" campaign. He can be a fast-talking character or he can tell it to you straight

Briskman was a successful entrepreneur and restaurant owner in Chicago when he stepped into a voice-over-business cliche. A guy walked up to him at a dinner party and said, "You've got a nice voice, have you ever done commercials?" Briskman said no and forgot about it.

As things turned out, the two men, who had never met before, lived in the same apartment building. One day they met again, shared a cab downtown and Briskman finally was cajoled into making a demo tape. "Four days later I was doing a national commercial for the Ford Motor Company," says Briskman, who was determined to remain in the restaurant business (he was running Dingbats, famous for its colorful doorman, the then-undiscovered Mr. T) until the first $6,000 residual check arrived.

Briskman moved to Phoenix in 1985 and started to build his own recording studio, called Aaztec Recording and Tape Duplicating, from where he regularly recorded commercials both local and national. Once listed with 300 ad agencies across the country, Briskman was one of the busiest voice workers in town.

While in Arizona Ron appeared in a few films including playing a cop in Terence Hill’s 1987 modern day western “Renegade”.

Today Ron is a manager of several loan and mortgage institutions in Phoenix.