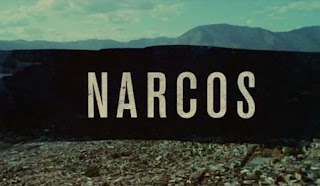 You may not have noticed, but Netflix’s cartel-driven drama Narcos tells the story of the 80s drug war within the veneer of a spaghetti western, with two outside-the-law cowboys joining the fight to take down a crime boss so powerful that he has become the law. And Pedro Bromfman, the composer tasked with scoring Narcos, is the person responsible for meshing those two elements — South America, and the archetypal cowboy struggle against evil — subconsciously for its audience.

“We tried to stay away from the electronics as much as possible, and the 80s and synthesizers, and really stayed with the organic sounding. So real instruments and real sounds that are brought into the computer, and then played around with or manipulated,”  Bromfman said. “[Escobar] started going a little mad and a little paranoid and so we altered the music and started shifting it,  distorting the elements. Getting his themes and his melodies and just making them a little weirder, so when he was in that mood the music was also playing that and hopefully helping the audience feel that.

Bromfman combined the harmonic  Elements of spaghetti western scores with South American percussion to punctuate the score for Narcos, using a variety of latin string instruments — like the 4-string tiple or the 10-string charango and ronroco — that Bromfman grew up with to create the signature Narcos atmosphere.

“Sometimes even the silence between notes — you have a drum hit and then silence, and then another drum hit. This helps create the suspense, subconsciously tying it together with the westerns,” Bromfman said. “There were a lot of influences originally but I think they all combined to create something new and original, and hopefully something that hasn't been heard before. This has been really effective for the show”
Posted by Tom B. at 5:57 AM