We continue our search for the filming locations for “Bullets Don’t Argue”. When Garrett, George and Billy come to the edge of the desert dunes Pat decides to camp for the night because there are some nearby bushes which will give them cover and shade. In the morning Garrett tells the two outlaws to mount up but George doesn’t move. A snake has crawled under his blanket. While Pat blows smoke from his cigar under the blanket and forces the snake out, George makes a run for it on one of the horses. Garrett has switched the stolen money to his saddlebags so Billy has only gotten a horse in the bargain. Pat and George mount up and go after Billy. 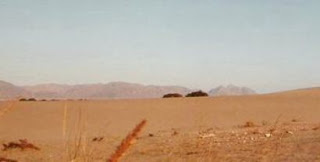 This scene was filmed in what were the sand dunes in Cabo de Gato. 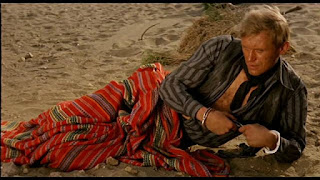