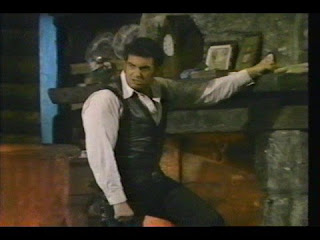 This 1982 production of "La fanciulla del West" is a bit of a mixed bag, an old-fashioned, no frills production, conducted and directed moderately well. Neblett, singing a signature role, is a bit melodramatic at times, and hits some of her high notes by force of sheer will. Although not particularly pretty sound. Domingo, on the other hand, is magnificent. Dashing in appearance, passionate and sexy, he sings gloriously throughout. That said, I'm enjoying it very much, and can see myself happily pulling it out whenever I need a comforting Puccini/Domingo fix. This is a favorite opera of mine, and I'm not at all unhappy with the purchase. ~ David Cady