Who Are Those Gals? ~ Jocelyn Broderick 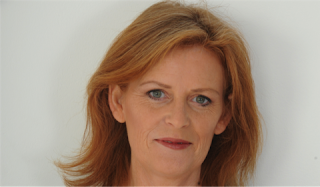 Jocelyn graduated from the University of Natal-Pietermaritzburg with a BA in Drama and English. She then went on to join the now-defunct performing arts council PACT's English and Afrikaans drama companies. It was here that she got involved with creating new works and compilations and workshopping productions like the opening of the Momentum Theatre at the then State Theatre, and co-wrote music with Didi Kriel for the award-winning Total Claim. She also musically directed the Momentum opening as well as the cabaret Café Decadenza.

After three years in PACT's permanent company, Jocelyn went freelance. The bulk of her early work was as an actress and singer working in theatre, television, film, cabaret, theatre sports, industrial theatre and corporate theatre.

In 1987 she guest starred as a cabaret artist in the first season of the TV1 drama series ‘Ballade Vir 'n Enkeling’. Other television series she has appeared in include ‘Reap The Whirlwind’, ‘Arende’, ‘Tropical Heat’ (known as ‘Sweating Bullets’ in the U.S.A.), ‘Suburban Bliss’, ‘Egoli’, ‘You Be The Judge’, ‘Homelands’, ‘Rhodes’ and ‘Natural Rhythm’. Jocelyn's numerous TV credits also include roles in ‘Orpen House’, ‘Swart Kat’,  ‘Jo'burg Blues’, ‘Soul City’, ‘28 Degrees South’, ‘The Res’, ‘Villa Rosa’, ‘Zero Tolerance’, ‘Heartlines’, ‘Snitch, Jozi-H’ and ‘Wild at Heart’.

She later co-started a company with fellow industry professionals Judy Ditchfield (her sister) and Charlotte Butler called Performance Role Play Training (PRPT), in which they do training and facilitation using professional business role players in their training.

In January 2016 she began filming on the kykNET soapie ‘Getroud met Rugby: Die Sepie’ (Married to Rugby: The Soapie), based on Deon Opperman's film and television drama series of the same name.

Today Jocelyn is a director at Performance Role Play Training and the owner of The Perfect Pitch/Self.