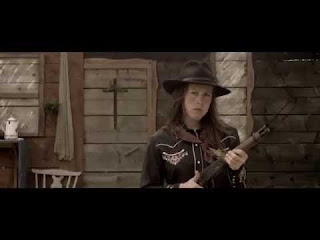 This web series was about Red Oak River city, a small pioneer village, which is located on the route of the future railway. Charlie Marshall Hitckok Rufus Kenny Wayne and his assistant are mandated to do evacuate the town.

John Hardwhip shareholder of the Union Pacific Railroad has sent his men in order to speed up the evacuation by use of their Colts and dynamite.

Robert Williamson Jr. and his wife Margaret Parker Williamson, saloon owners, direct the city in hand and intrigue against the passage of the railway.

In the West, nothing goes, the Cowboys miss their targets, will take their feet in their lasso, piano serves as a common grave, the assistant Marshall tub while looking at his coffin up ... Fucking Dead!